Westminster Abbey and its American Connections 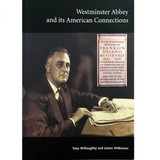 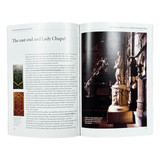 Westminster Abbey and St Margaret's Church have many connections with the United States of America, from Sir Walter Raleigh - buried in the second decade of the 17th century - to Martin Luther King Jr, whose statue stands above the Great West Door. Others include Admiral Edward Vernon, who gave his name to Washington's estate on the Potomac, the 1st Duke of Northumberland, who was father of the founding donor of the Smithsonian Institution, and the sea-farer Captain James Cook, who was killed in Hawaii and who is memorialised in the Abbey Cloisters with two other who circumnavigated the globe (above).