Christian Martyrs of the 20th Century 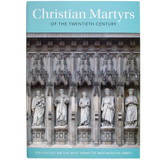 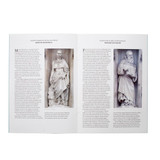 A short guide to the statues of ten martyrs placed on the west front of Westminster Abbey. In 1998, the hitherto empty niches between the window and the west door were filled with statues of ten martyrs who died for their Christian faith. The statues were designed by Tim Crawley and include: Grand Duchess Elizabeth, Manche Masemola, Maximilian Kolbe, Lucian Tapiedi, Dietrich Bonhoeffer, Esther John, Martin Luther King Jr, Wang Zhiming, Archbishop Janani Luwum, and Archbishop Oscar Romero.